Switzerland is the most beautiful place I have ever been.

Just kidding. But seriously, we picked the perfect place to have a relaxing weekend getaway in the mountains. As a country that has always been high on my bucket list, it did not disappoint. Lake Geneva is just a short one hour flight from Amsterdam, and Montreux a one hour train ride from the Geneva airport. We made it to our hotel up on the mountain pretty easily and went in search of some lunch. The walk to lunch – not the easiest. Apparently we took the wrong way, and ended up walking down 1,0550 steps to the bottom of the city. In heels. But, we did see some great views. 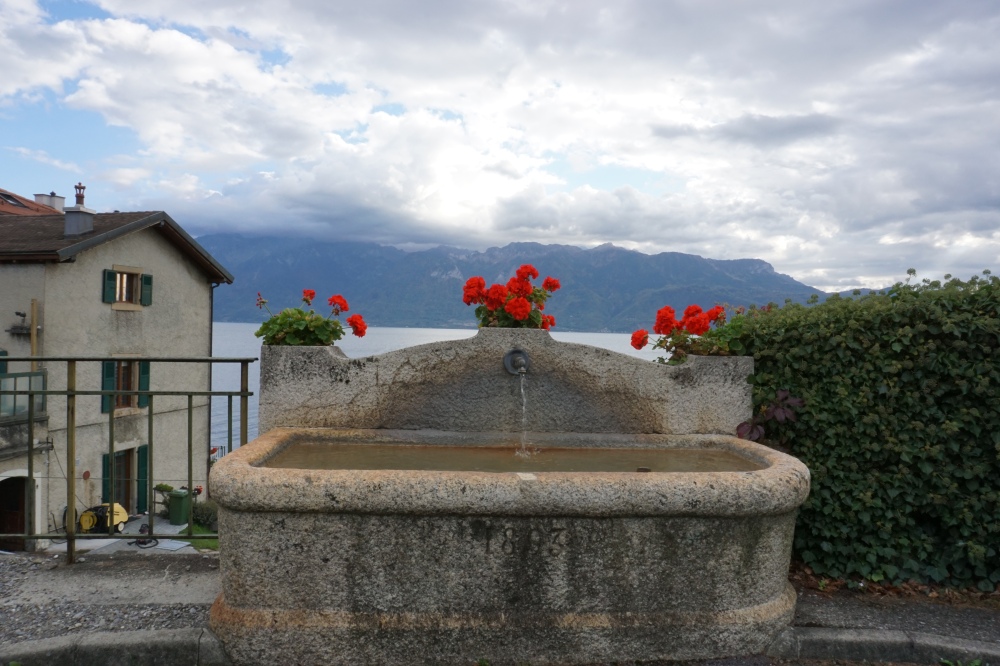 Post lunch, we went to the wine region of Montreux, called Rivas and stopped at the vineyard Lavaux Vinorama to do a little tasting. Now, I’ve done my fair share of wine tastings over the past year, and, I’d say that Switzerland whites may not be that high up on my list. 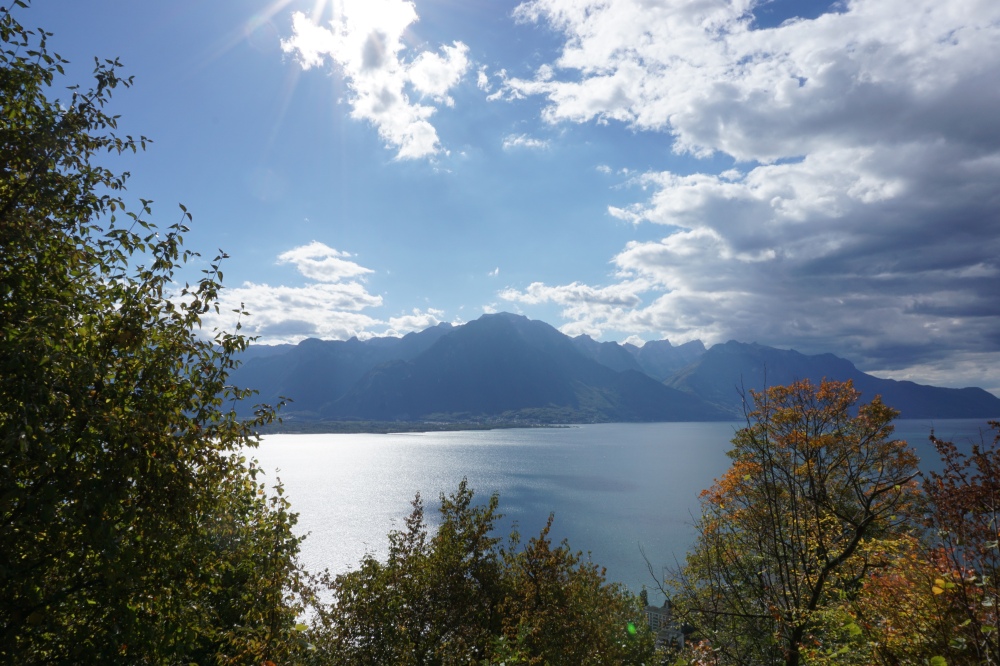 Tyler had originally booked the hotel we stayed in for our one year anniversary, but we ended up cancelling the trip to go to Harry Potter in London, so needless to say, we had some pretty swanky digs at the Victoria. We had to take a funicular from the bottom of Montreux to our hotel which made me a little nervous since it was straight up. But, the hotel had two bathrooms and two balconies! The views over the lake were absolutely breathtaking, and the sunsets rivaled that of the ones from our honeymoon in Greece. 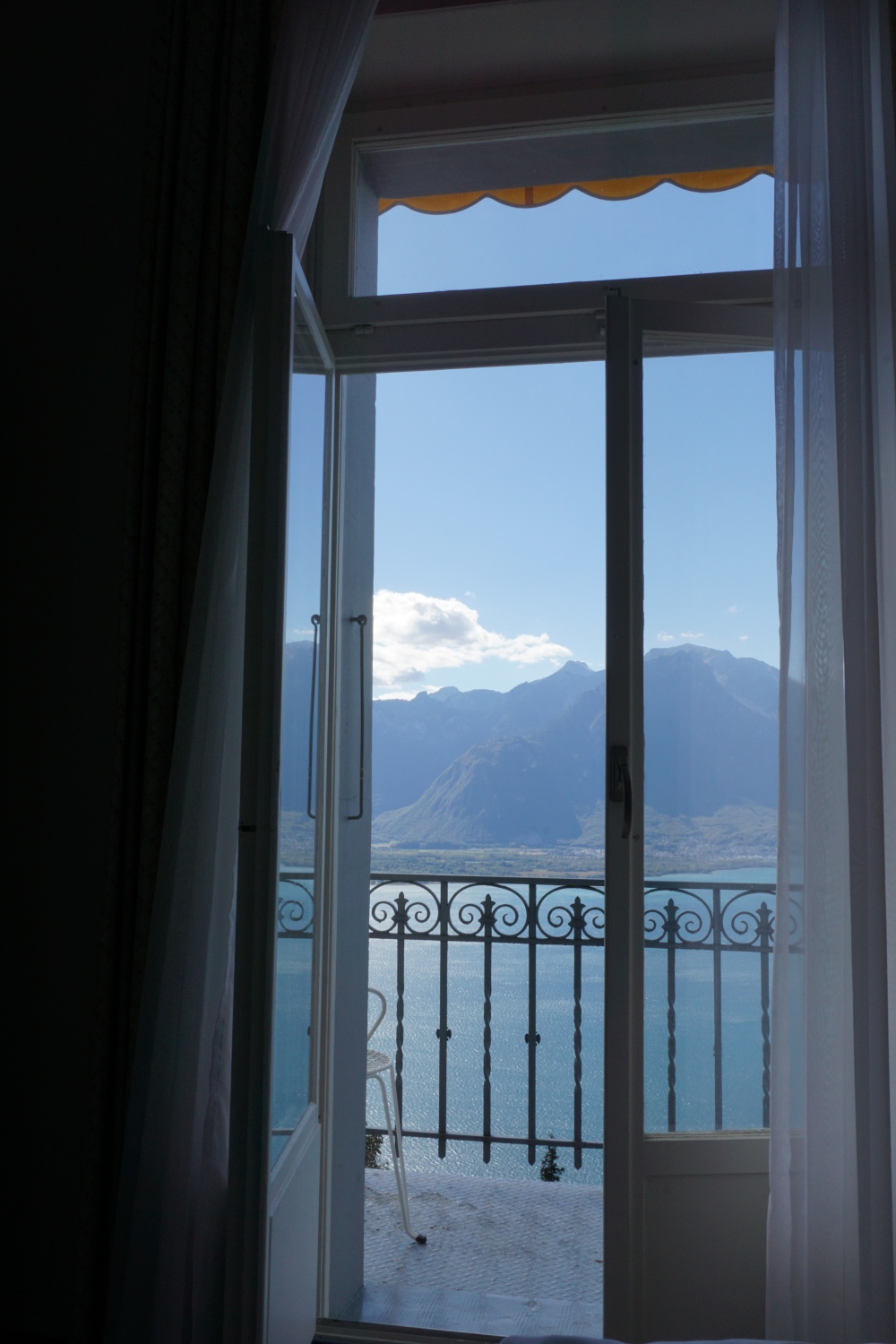 The main attraction of the weekend for us was the Roche Nayrs. We took this cute little train to the top of the steep mountain and then walked around to see the views.. and the goats. Having some cheese fondue at the tippy top was definitely something I will always remember. 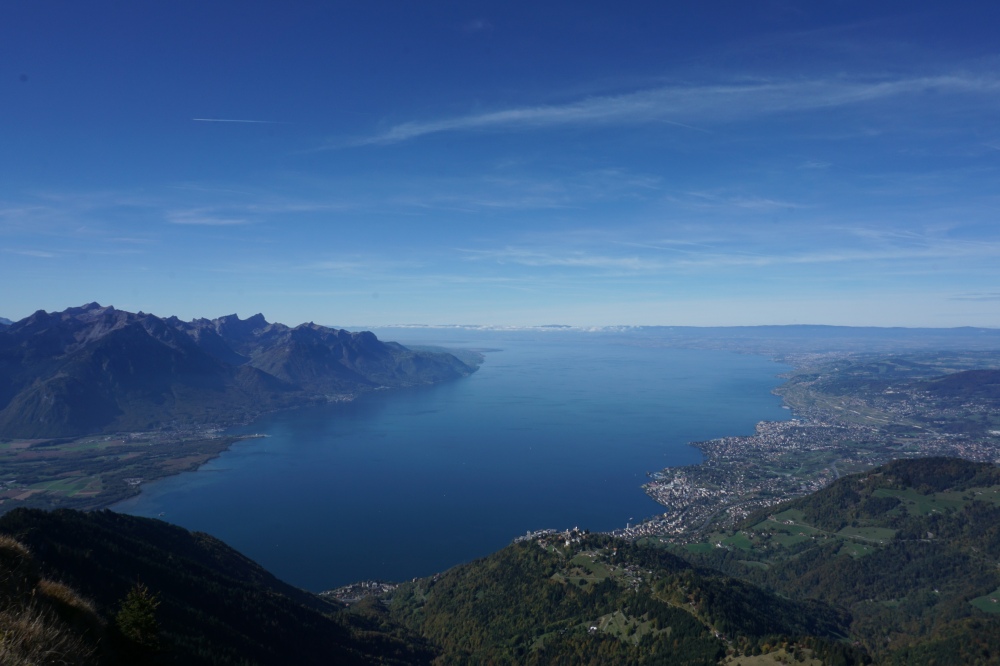 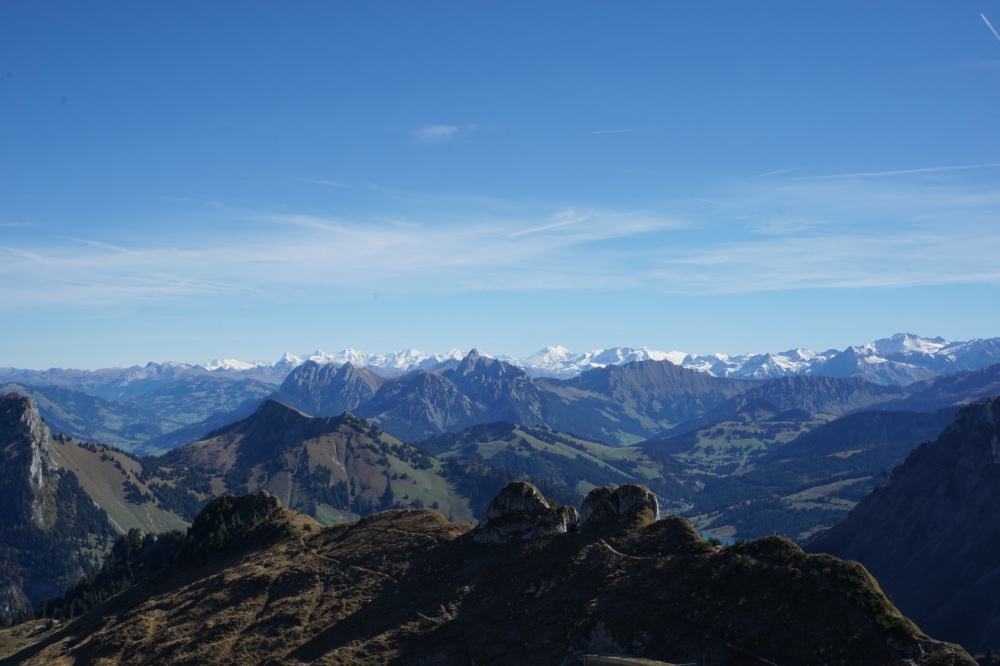 After the mountain, we went to see the Chateau de Chillon, the castle in Montreux. I have a few castle tours under my belt, and I think this was probably one of the more interesting tours. Partly because it was so big and partly because from every room you could see breathtaking views. Even the prisoners who stayed in the dungeons had views of the lake. One prisoner thought that he was being kept under water. Prisoners be so dumb. 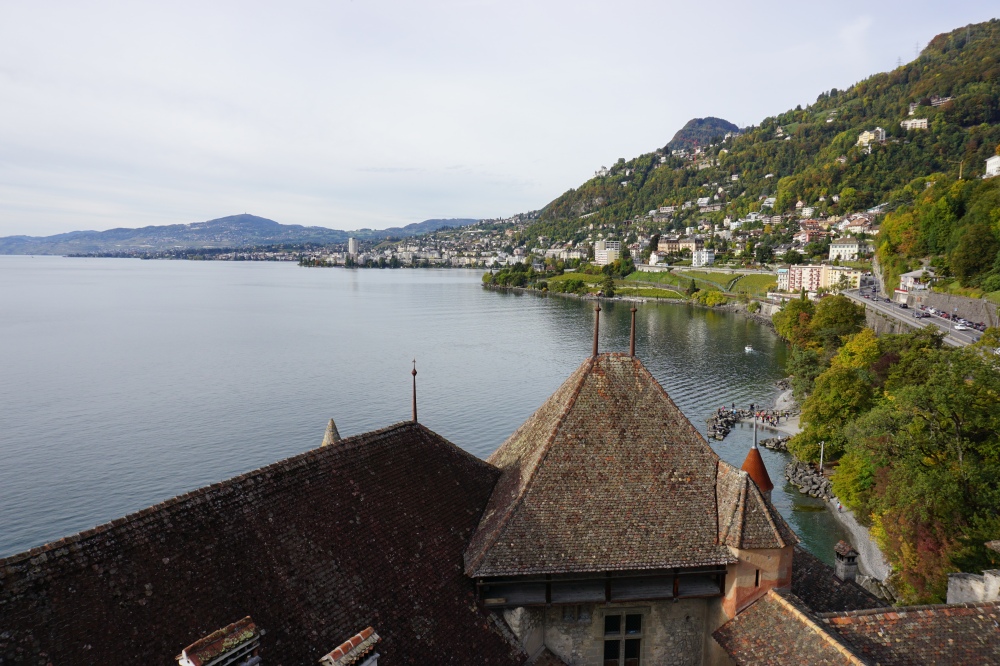 The promenade surrounding the lake was probably one of my other favorite views of the weekend, and I loved all of the flowers. 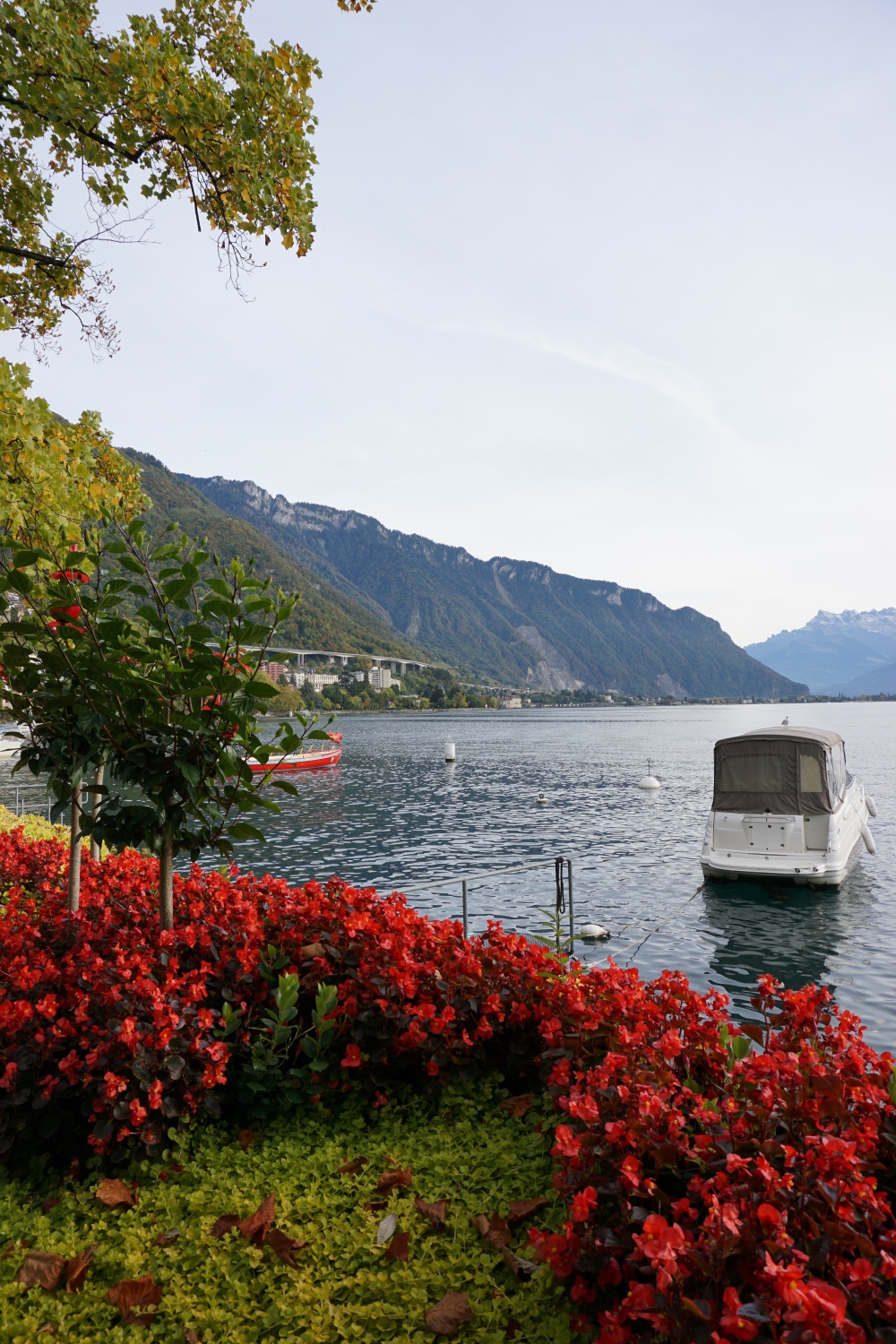 Tyler’s highlight was probably seeing the Queen Experience in the Casino which featured Freddie Mercury and Queens’ claims to fame. I did not even realize that I knew so many Queen songs, and actually it was kind of cool for me too.

We also saw the Freddie statue and had a drink in the Montreux Jazz Club – one of the top spots on trip adviser. We capped the night off with another amazing sunset and some more cheese fondue.

On our last day in Switzerland, we went to Vevey – the birthplace of Charlie Chaplain and just took in the views of the lake. Because I’m not very good with words, I will once again leave you with my pictures. I can’t wait to get back to Switzerland. 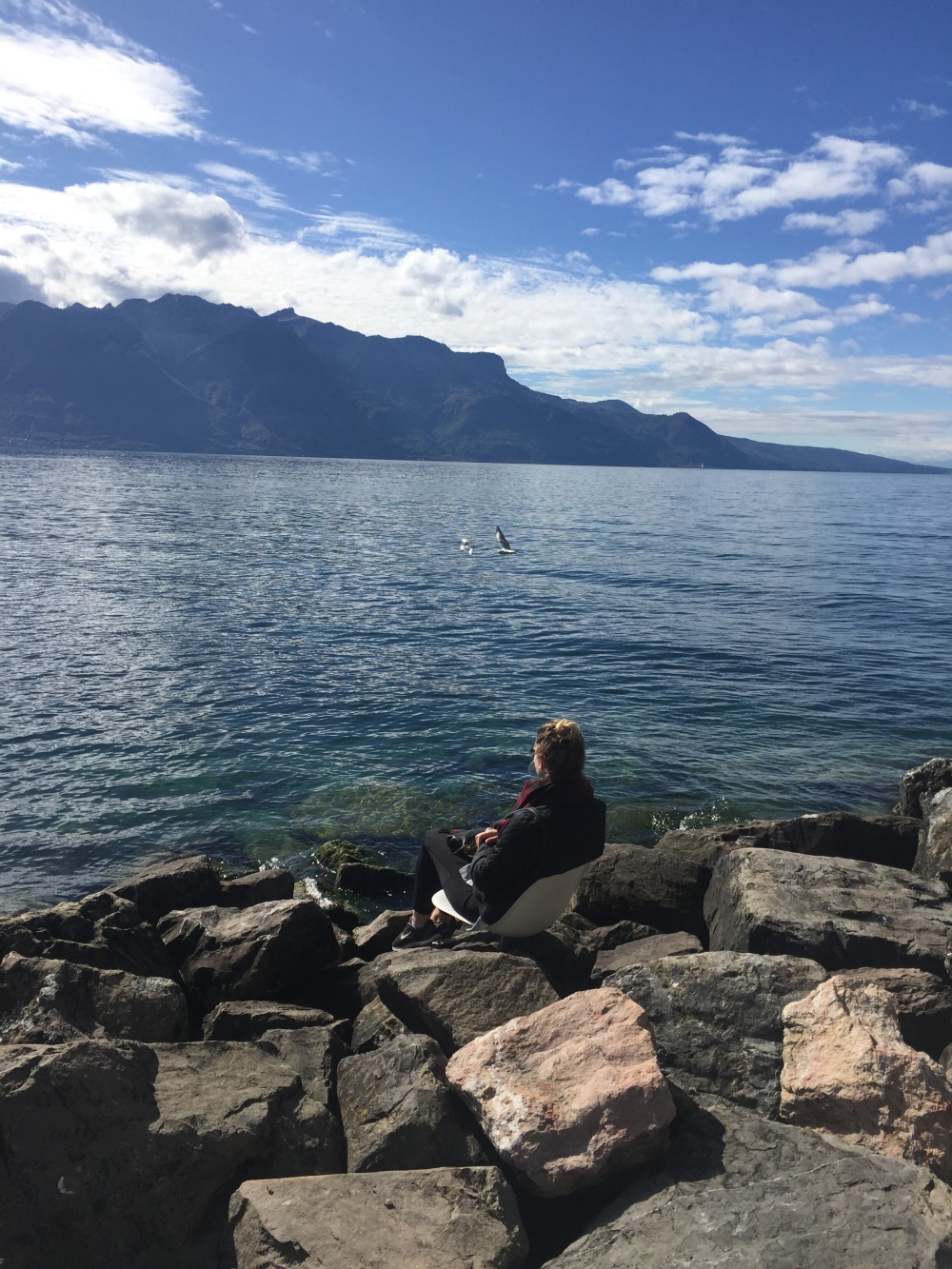 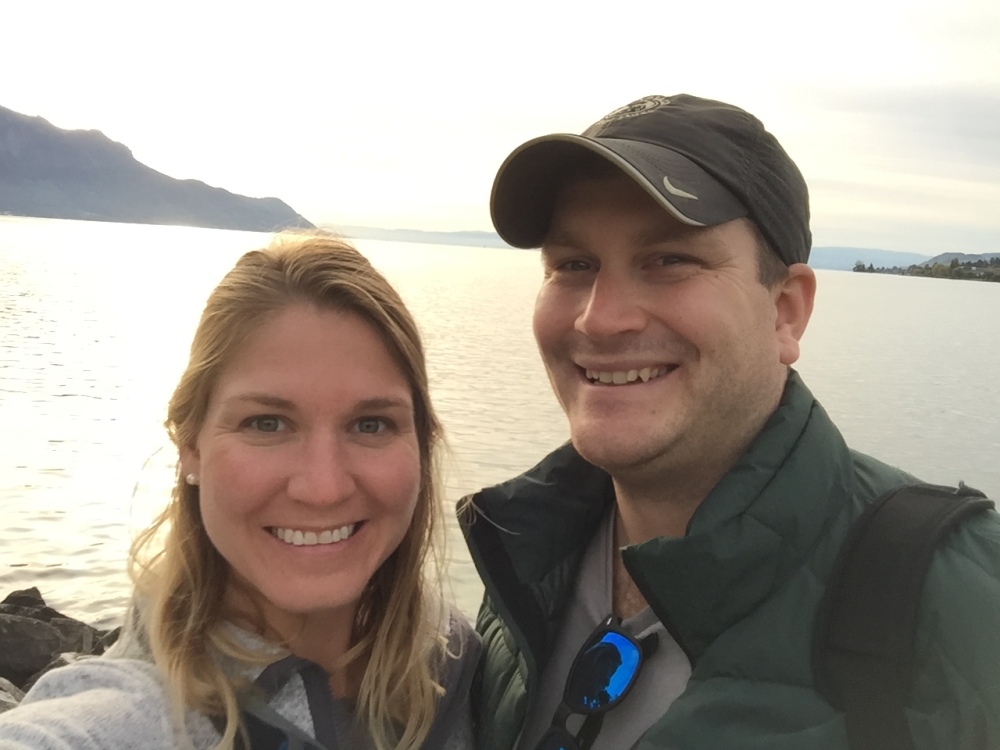 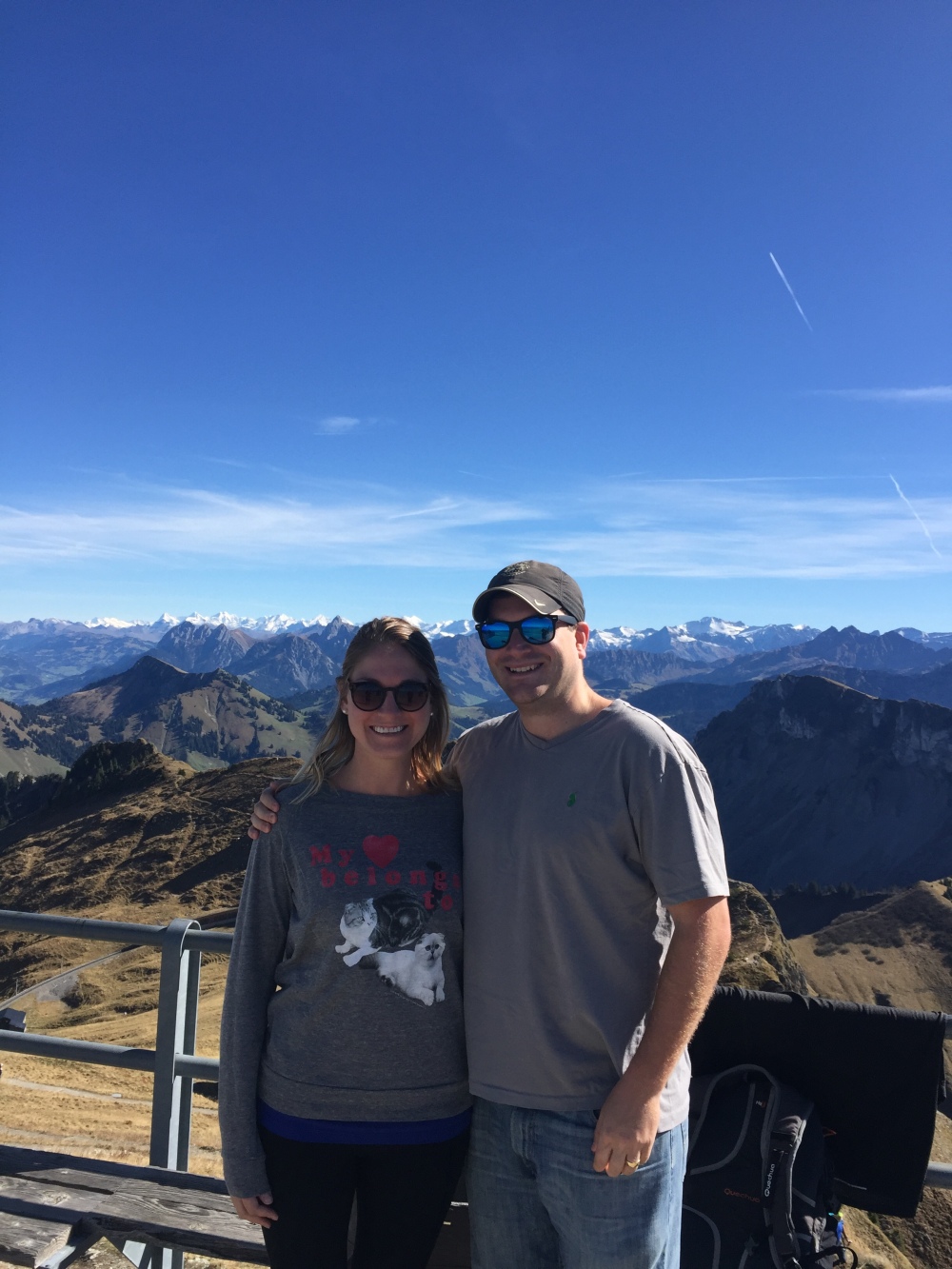 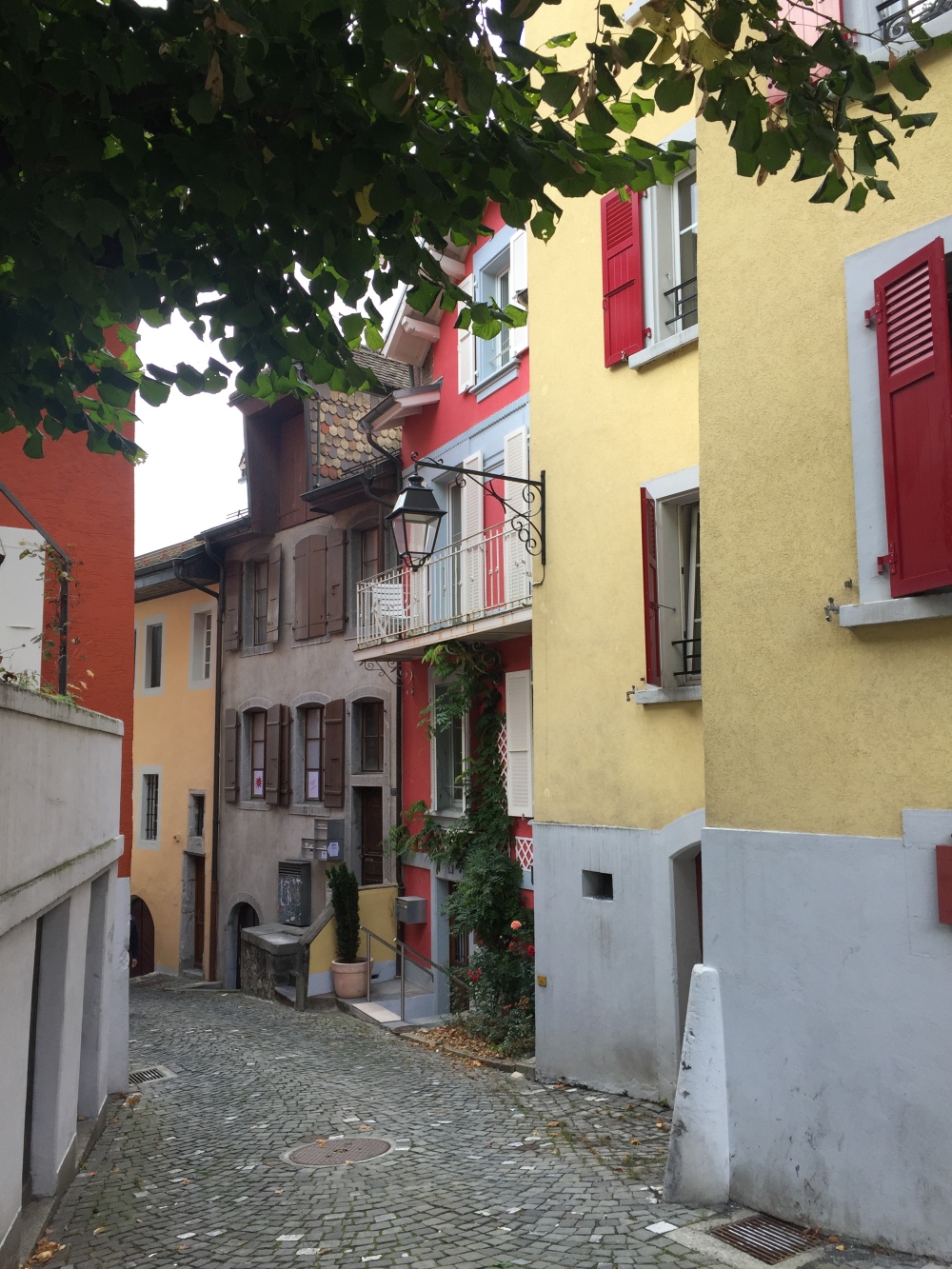