Because we’ve never been to the real Mardi Gras in New Orleans, once again we decided to do the European version and partake in Carnival (last year was Nice). Luckily Tyler’s first weekend not working in 2018 (ugh, busy season) happened to coincide with the Venice carnival. We couldn’t take off work on Friday though, so we had to catch the late flight from Schiphol. Our dear friend EasyJet delayed us, per usual, and we didn’t get to Venice until around 1am, which is exactly when the water taxis quit running. It was an adventure to get to our hotel, but we did it. 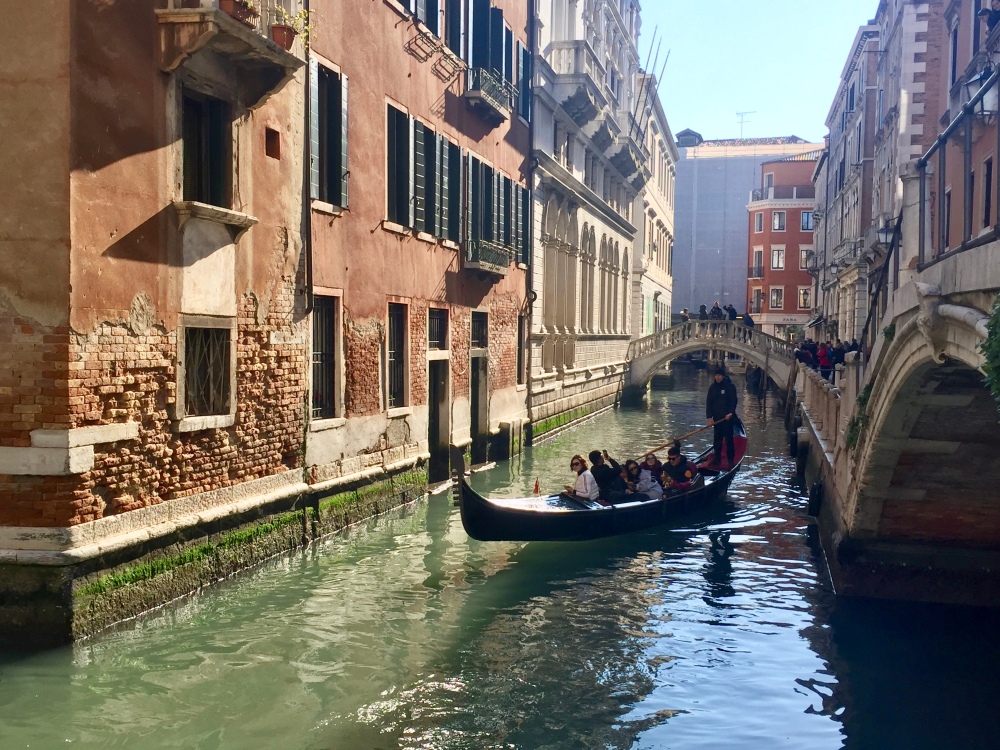 Because of our late arrival, Saturday morning did not start off nearly as swiftly as planned, but we did manage to catch the 11am free walking tour to try to check off all the big sights. Although the tour skipped the main attractions (i.e. San Marco Square, Saint Mark’s Basilica, Doge’s Palace, Rialto Bridge, etc), it did cover a lot of the neighborhoods outside of the center that also had beautiful churches, canals, and houses. As a bonus, she led us through the less touristy and crowded parts and I fell in love with Venice. 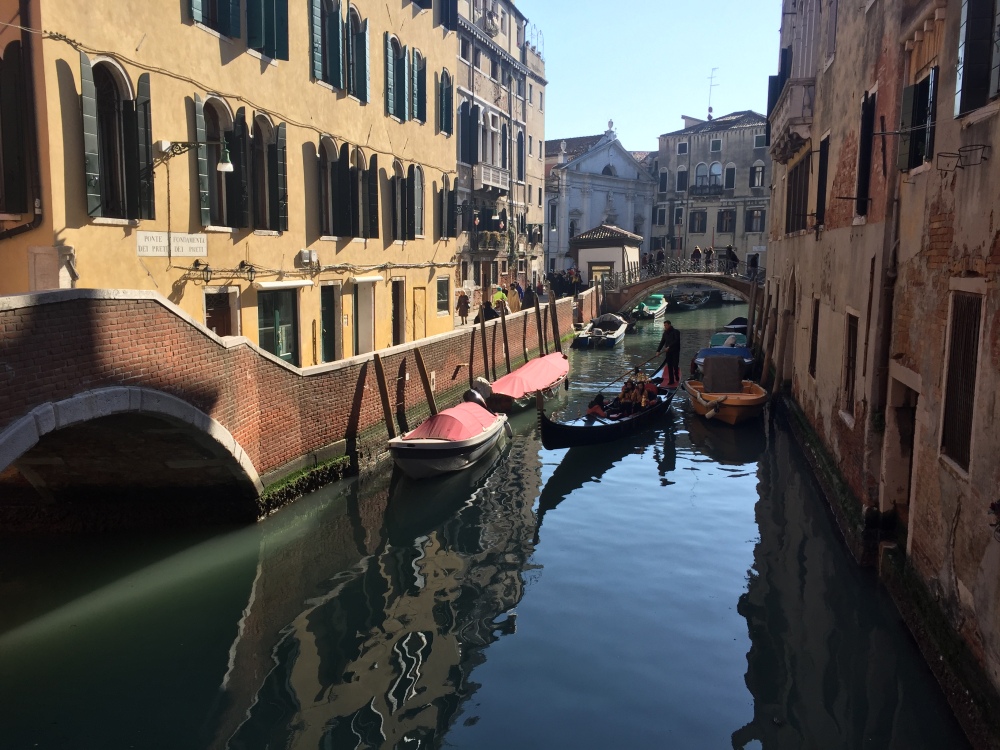 During the walking tour, we encountered our first glimpses of the ornately dressed patrons partaking in the Carnival celebrations. 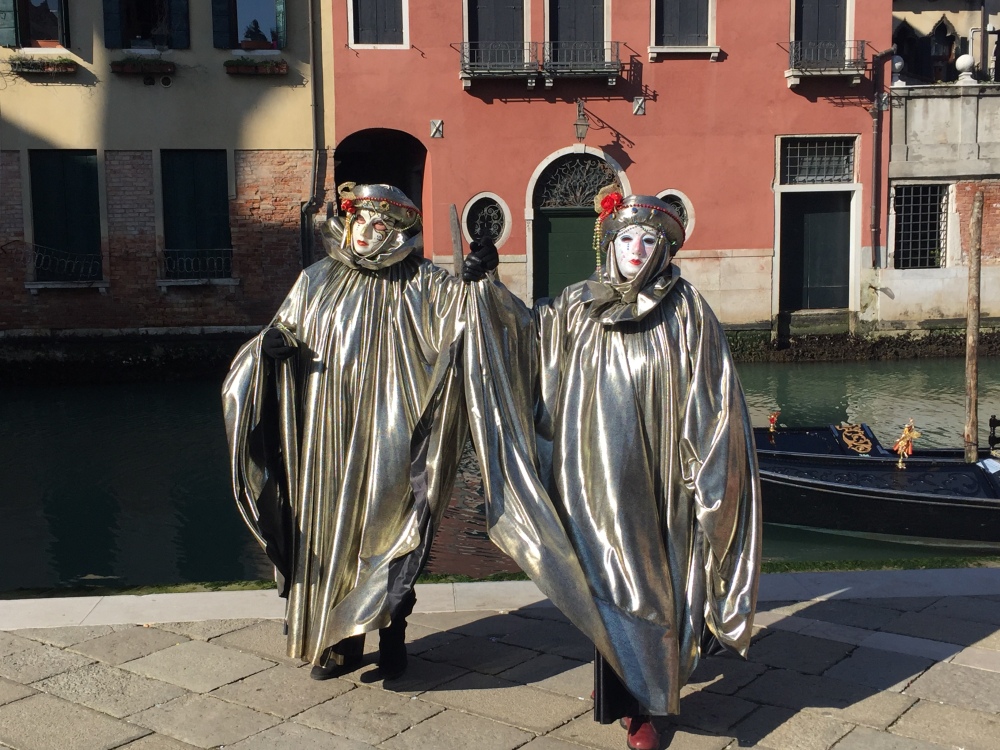 We also saw some churches. 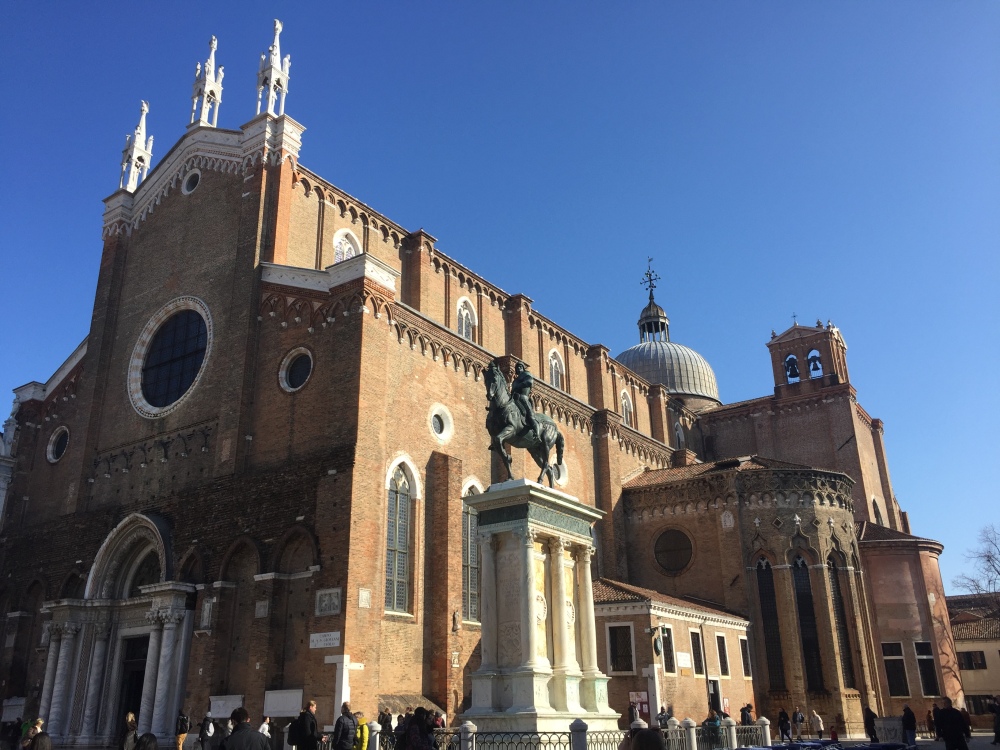 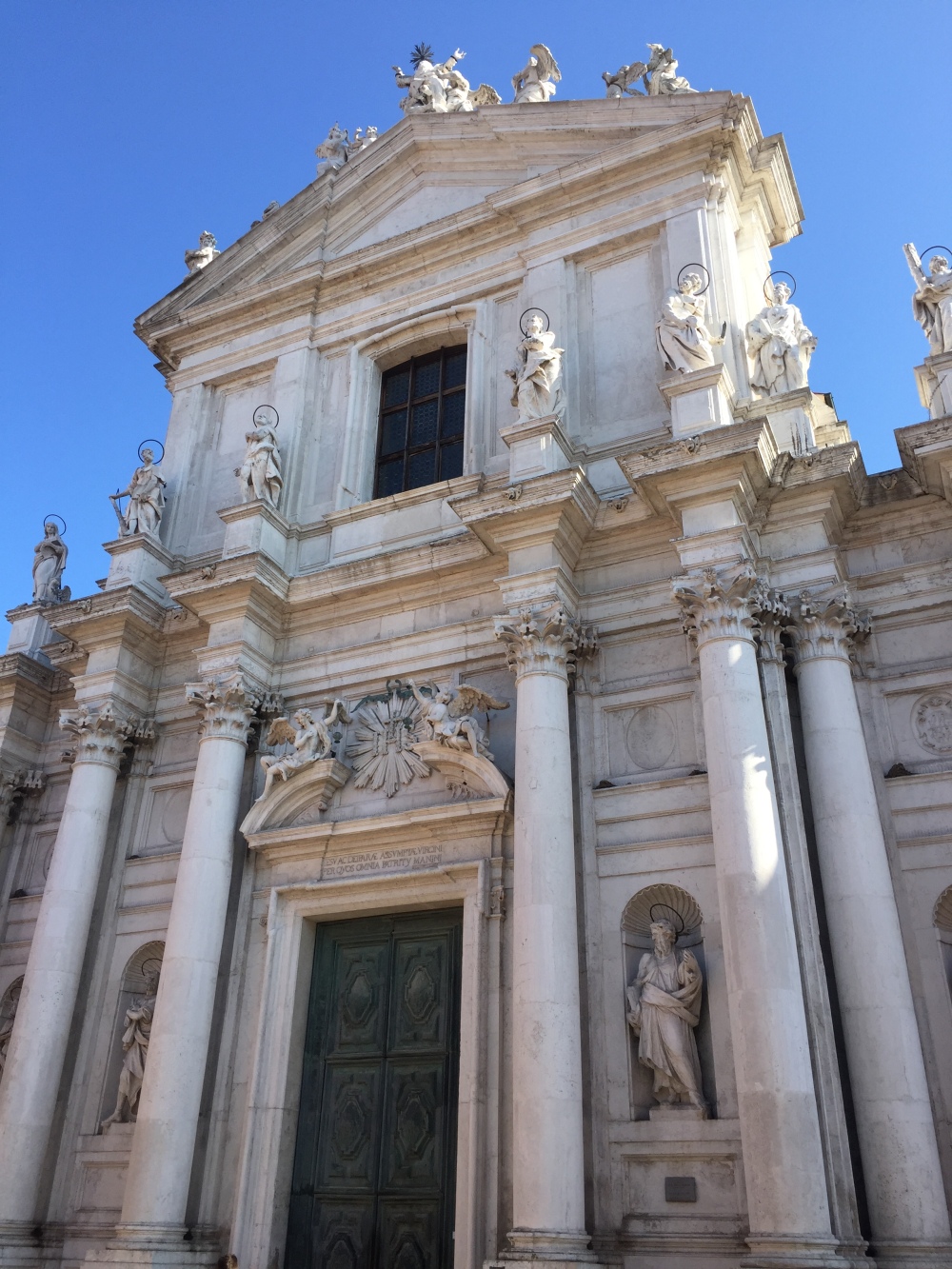 And some more canals.

We learned some interesting facts about Venice. The list below shows the code words (aka Italian) for different streets:

We saw where the executioner used to live. His house was marked by a big head. His unlucky clients had to walk from San Marco Square to Rialto Bridge while naked and being whipped in the back. Shame. 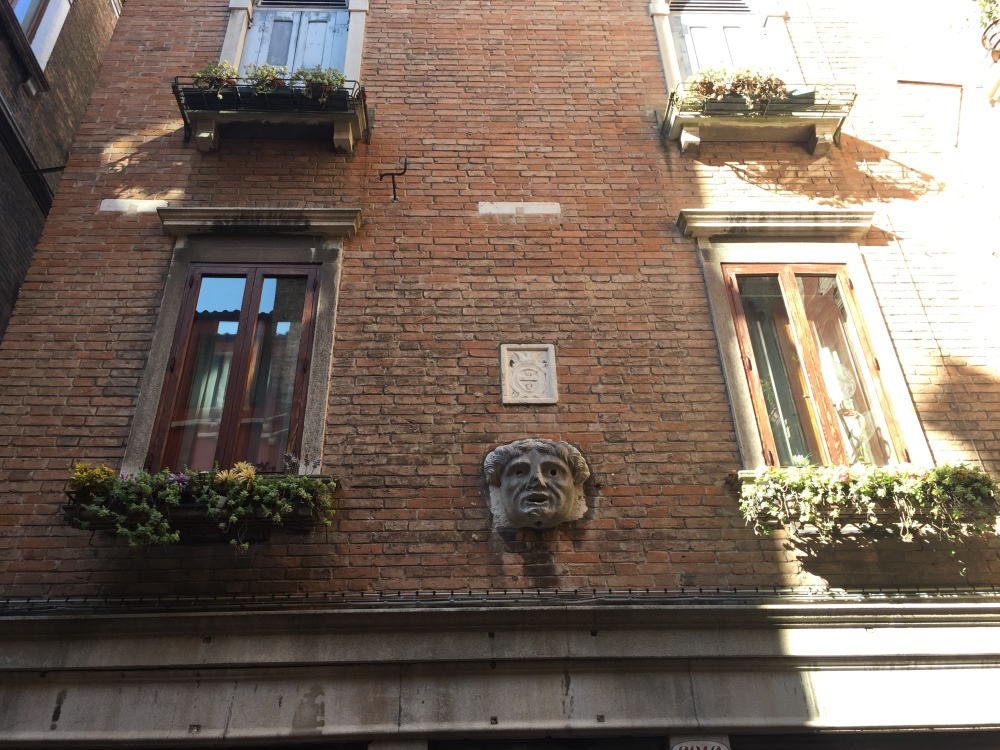 Also back in the day they used to bury bodies on the island of Venice, but since it’s all really underwater and consists of hundreds of islands, the bodies would float back up. So they decided to build a giant cemetery across the water. Here is it.

That’s about all I learned on the tour. Pretty exciting stuff. 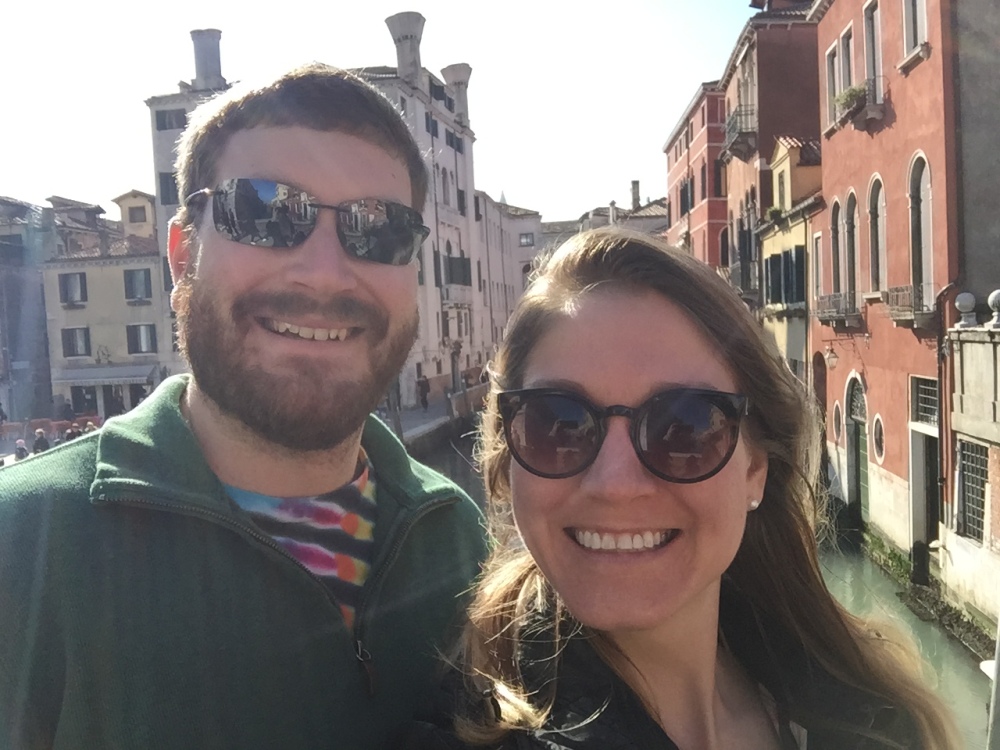 My first priority after we finished the walking tour was to buy a mask so I could fit in. Apparently, the masks allow the wearer to participate in any scandalous activities they deem worthy and a lot of affairs used to happen while masked.

Post masks, we visited the places that the tour hadn’t covered. The really freaking crowded places. We had to push through mobs of people just to get this picture.

We then headed to San Marco Square where there was a huge stage and a costume competition going on!

The people we saw before were no match for the great costumes we encountered in the square. One of my favorite groups was about 8 gentlemen dressed up as the queen in different colored skirt suits with female Buckingham Palace guards. Hilarious. 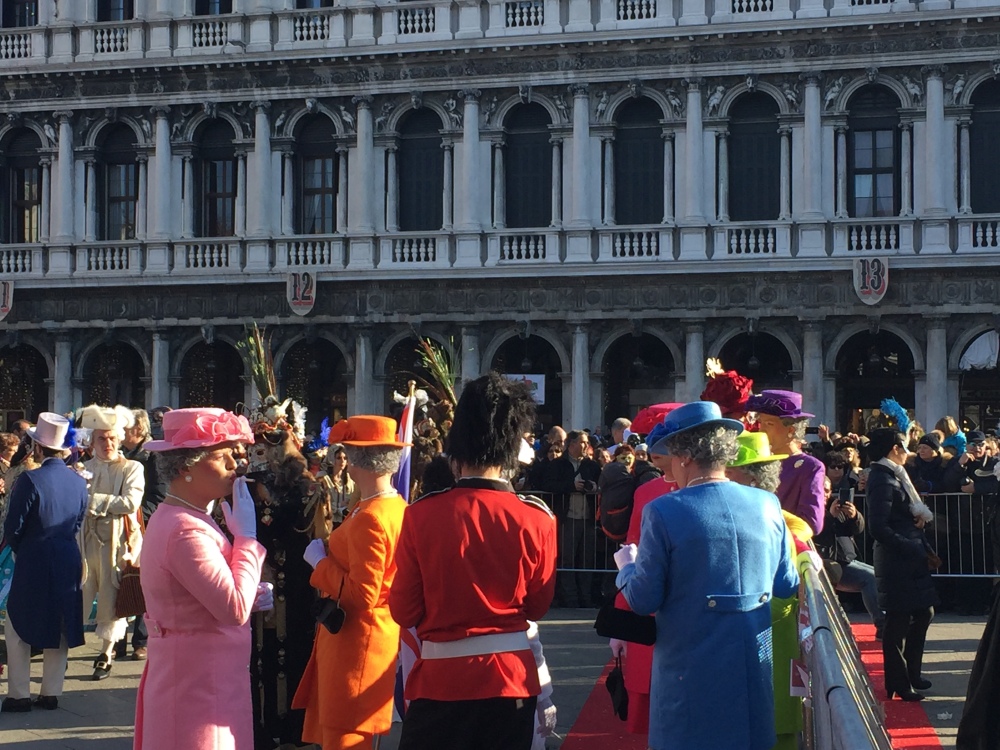 The sun was shining in the square and we were soaking it all up and decided to sit down at one of the cafes and proceeded to order EUR 15 Aperol Sprits… twice.

But the people watching was great. 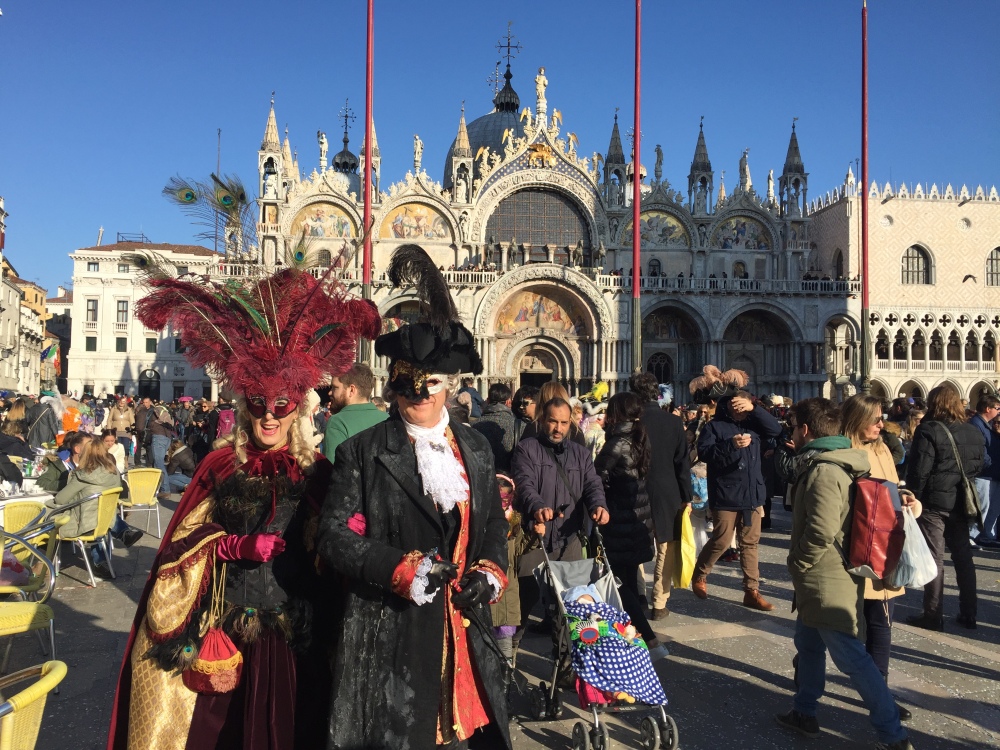 Tyler even got a picture with his maidens!

And we saw the cutest fluffiest puppies.

Then I got pooped on by a bird. And it kind of ruined my mood. Thank goodness for the kind soul beside me who travels with baby wipes and immediately came to my rescue.

We walked back to the hotel so I could change out of my poop shirt and went in search of a gondola to ride. We didn’t have to search very hard because they congregated right outside of our hotel. So we hopped into the boat and ventured into the grand canal.

Our guide told us the tales of how he’s had Tom Cruise in his boat and showed us where George Clooney had his wedding. He also told us that he liked us because we actually talked to him and didn’t just sit on our phones the whole time. 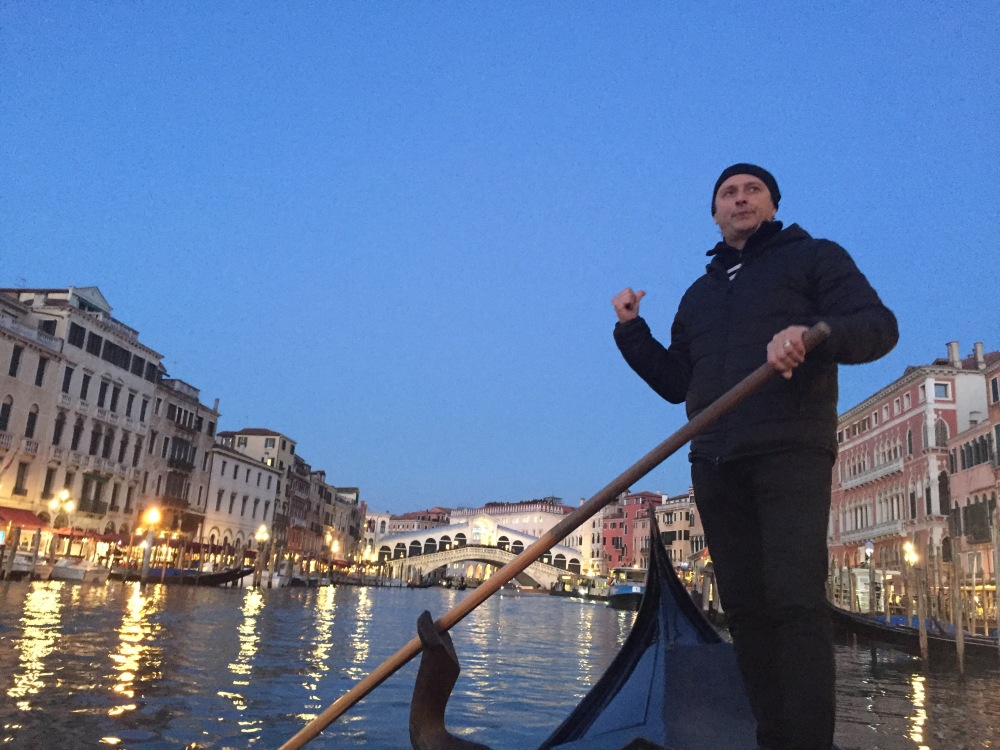 That thrilled me and I proceeded to ask him as many questions as possible. Although it is pretty pricy (set by the city at EUR 80 / 30 minutes) this was something I didn’t do the first time I visited the city 8 years ago while studying abroad. Because poor college student. Definitely a once in a lifetime kinda thing. 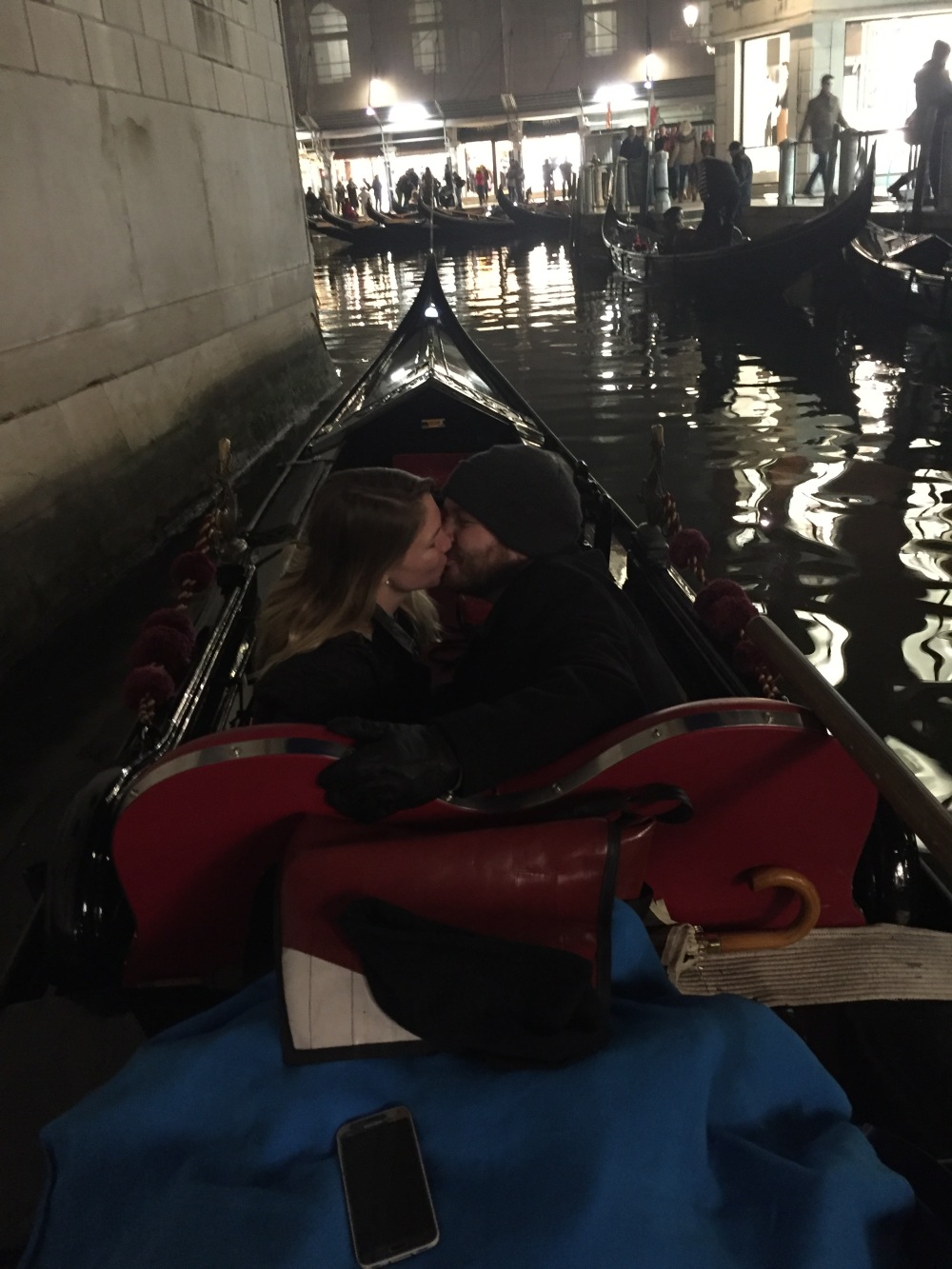 Gondola was followed by dinner. I read a lot of travel blogs to make sure we got a good dinner somewhere not touristy, and while the restaurant was off the beaten path, it really wasn’t that great. 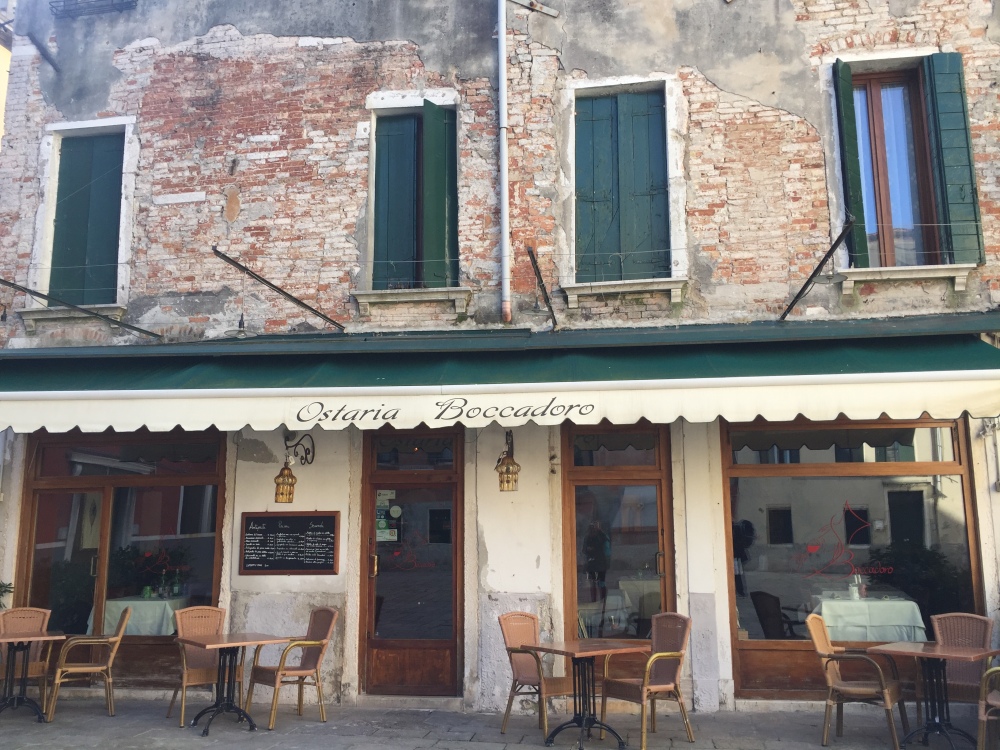 We finished the night by stumbling upon a street party in the middle of a square with a band and many bars surrounding the square. We also followed this guy who had a loud speaker in a shopping cart blaring music to the Rialto Bridge. We weren’t the only one in his procession and he gathered quite a significant following by the time everyone disbanded. 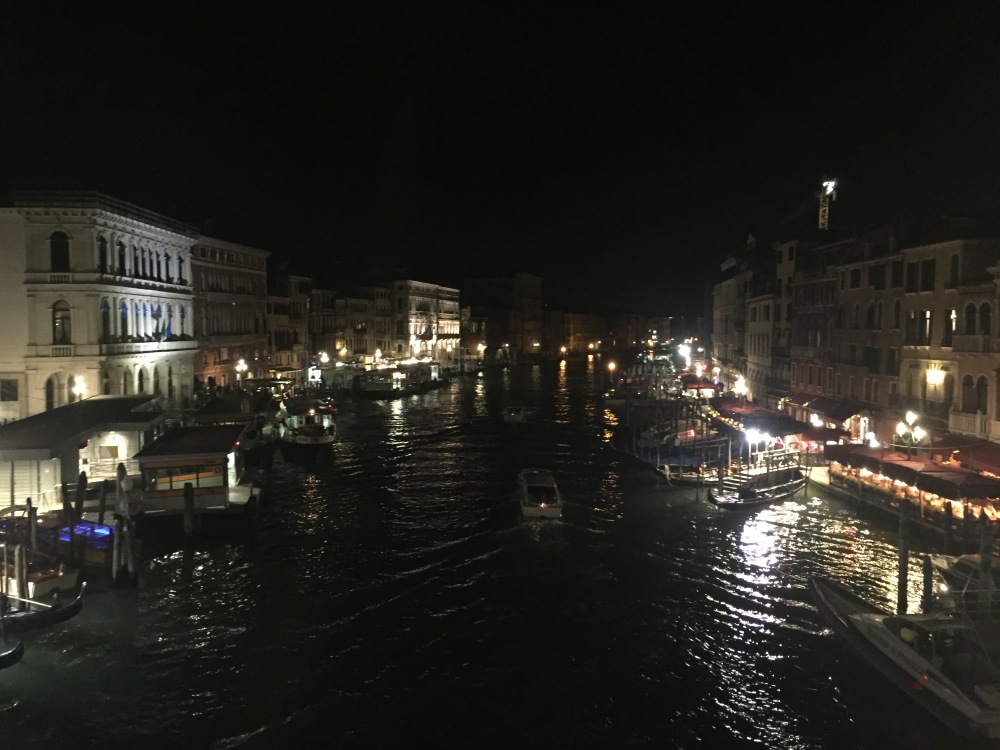 Because we had seen a majority of the things in Venice on our must see list, on Sunday since we had a late flight, we hopped on a boat to the islands of Burano and Murano.

Burano is known for its lace making.

There were also some cool canals here as well. 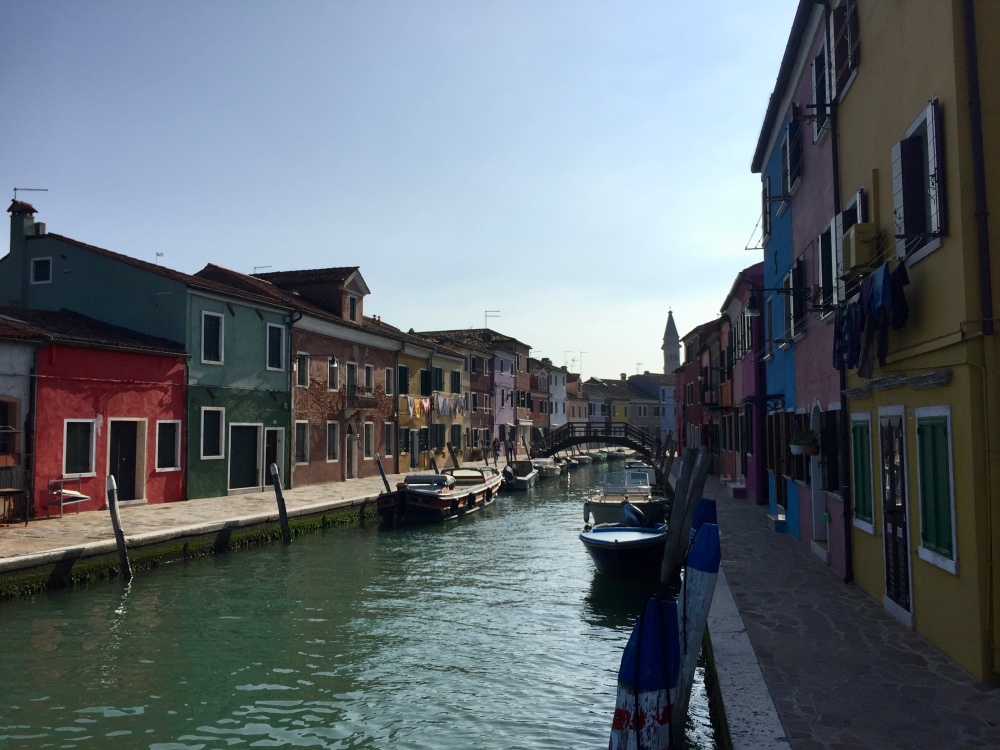 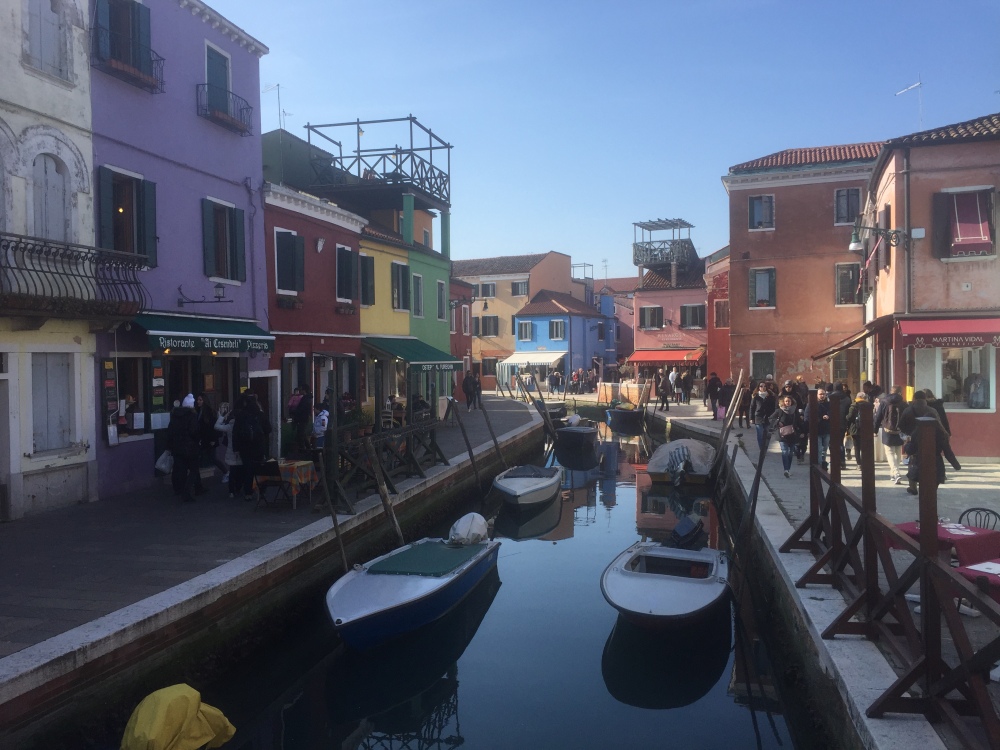 We had lunch at a pretty shitty tourist trap. Seriously, don’t go to Venice for the food. But we sat in the sun so I was content.

After a little more exploring, we decided to hitch a ride to Murano.

Murano is known for its glass blowing. I still remembered the demonstration I saw 8 years ago the last time I was on the island and I wanted Tyler to have the same fond memory, so we looked up the “Best Glass Blowers in Murano” and went with Veteria Artistica Colleoni.

We saw the blower blow a glass vase and a glass horse. The glass is so hot afterwards that when the blower put a piece of paper in the vase it immediately went up in flames. I enjoyed the demonstration and as a bonus, we could use the EUR 10 each we paid for the blowing experience towards a glass souvenir of our choice in the store. Tyler chose a shot glass. I went for a cat. Typical.

We walked around Murano for a little bit to see all of the cool glass creations before heading to the airport and back to Amsterdam. 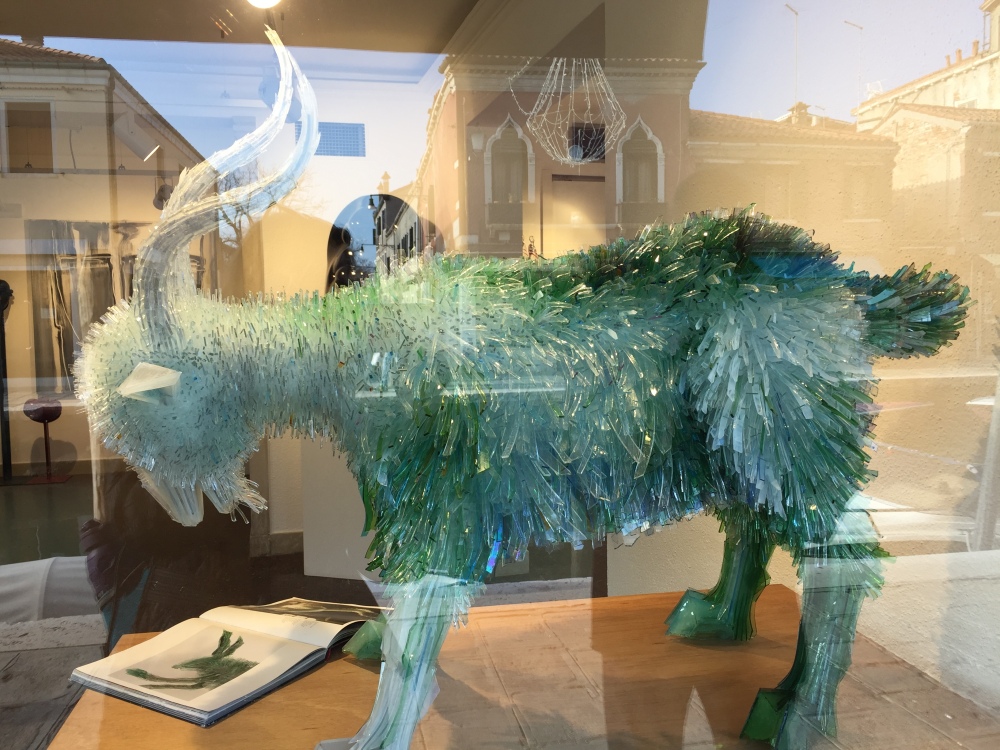 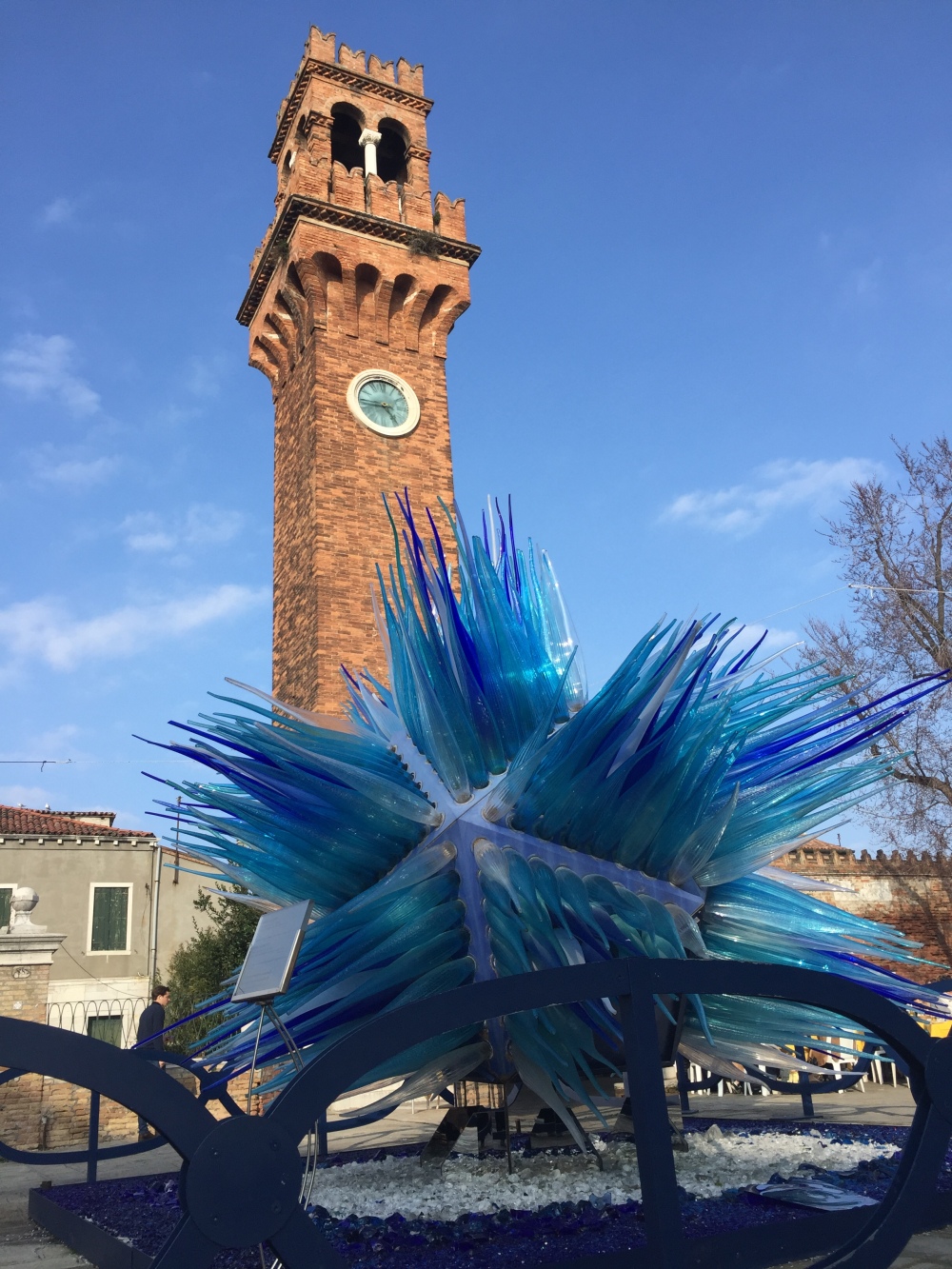 It was a great weekend in Venice and it really changed my opinion of the place. Before I was hesitant to recommend the city to travelers, but now I say it’s a must! Just maybe don’t go during the summer months because then it’s kinda hot and crowded.