As you may have noticed in my last blog post, Tyler and recently celebrated one year of marriage. Although we already had a big anniversary trip planned, Tyler thought that his “paper” gift should be plane tickets / hotel accommodations. So, he booked 3 hotels in different locations and asked me to pick one. His choices were Bath, Majorca, and Montreux. I decided on Montreux, but as a last ditch effort, we also looked to see if we could get tickets to the Cursed Child in London.

Every Friday at 1pm London time, 40 tickets are released for GBP 40 for 40 lucky individuals for the next weekend’s show. Whenever we don’t have plans for the upcoming weekend, we’ll hop on the Friday 40 to try to get tickets. So far we’ve had no luck, and we didn’t luck out on cheap tix this time, but there were tickets available for purchase for regular price on the website which we have not yet seen. We scooped up the tickets and decided instead to go to London for the weekend. It just so happened to be an added bonus that my younger sister was arriving in London for work on Sunday morning.

Since this was my 4th trip to London and we’ve had such terrible luck with flying (delays both ways and over an hour of travel time once you actually get to the airport) we decided to take the Eurostar and go through the Chunnel. We took the train to Brussels on Friday and stayed the night with an early train to London on Saturday.

Tyler has a friend who lives in Brussels who was available to show us around on Friday night. We got some local fast food and checked out a few bars. One thing I noticed about Brussels was it was kind of seedy. I didn’t really love it and don’t plan on going back. 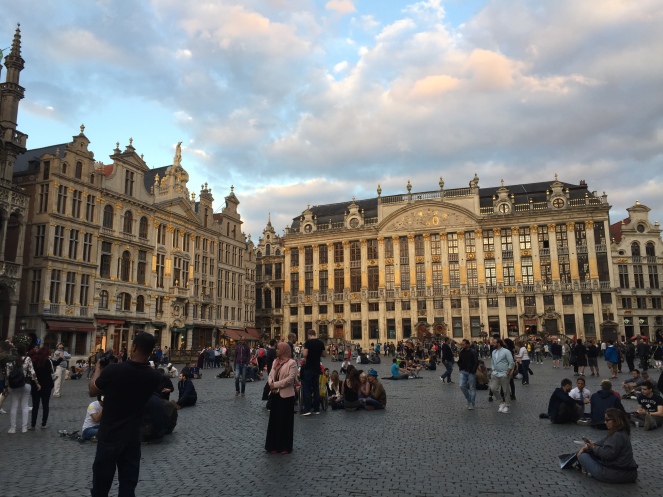 Taking the train from Brussels to London definitely made the travel easier. Not to mention we could use wi-fi on the train to plan more adventures. We arrived at our hotel in London around 10am and got ready for our Harry Potter shows that afternoon. This time around, we stayed in the Marylebone area at The Marylebone Hotel. I absolutely loved this area of town. It was clean, quiet, cute, and close to everything we wanted to see and do. I definitely recommend it.

For anyone who is unfamiliar with the Cursed Child, it is a play that begins where the 7th book left off with Harry Potter as a father watching his children board the Hogwarts Express. It follows his children through their years at Hogwarts, and I’ve sworn a vow of secrecy to not reveal any more spoilers. Because the play involves magic, I was a little skeptical of how they would be able to illustrate the effects. It was better than I could have imagined! The special effects were crazy and the acting was also very good. It made me so emotional to watch this story which characters that I grew up reading (and have read several times since) unfold on stage. When we left, we were already talking about going to see it again.

As the play ended kind of late on Saturday, it pretty much consumed our whole day and we went to bed.

On Sunday, we had plans to meet my sister for a Sunday roast around lunchtime. To kill some time in the morning we walked around Hyde Park which is becoming one of my favorite London pastimes.  Maybe it’s because I love walking by Will & Kate’s house. This time, the gates to their house were open and people were doing tours! We didn’t have enough time, but we did walk around their garden, which was gorgeous.

For Sunday roast, we went to The Grazing Goat. Mainly because both of us were staying around the Marylebone area and it had good reviews. I will say though that the Sunday roast Tyler and I had on our first trip to London was definitely better. However, it was great to catch up with Mallory and spend some time checking out the bar scene in Marylebone for a good ‘ole Sunday Funday. 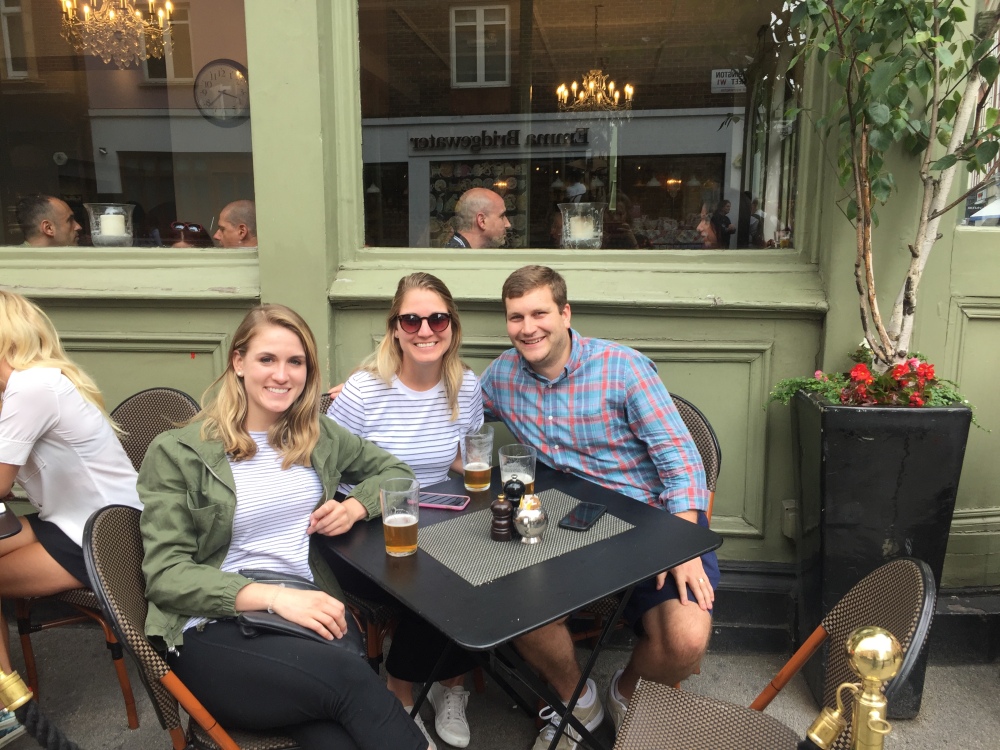 Until next time, London!